After some experimentation it seems the direct igt output from the ecu will drive internal igniter type coil on plug coils.
The issue of course is that there is just the one igt output.
My ecu has the facility to output igd (the same as a 4agze DLI) and the engine will run with coil on plug in wasted spark mode.
The problem is that the igd output has no dwell control and those two coils get very hot, quickly.
I know from Jondees posts that the igd output drives the 4agze igniter sequence.
I have tried driving the coil on plugs using the 4agze igniter but it doesn't work so l'm assuming the igniter is pulling to Ground to fire.
The igt output is +5v and fires the coils.
I wonder if dumb cops (☺) would work with a 4agze igniter?
Top

It's been a long time but if I remember correctly you should be able to run wasted spark
if you have the GZE DLI igniter and a IGd signal. The GZE uses two 2-pole coils but you can
use the IGt to fire a pair of dumb single pole coils (COPs).

The IGd signal to the igniter will dictate which pair of coils gets fired (12V pulled to ground)
as shown on the data sheet below. Diagram is for a six cylinder. I would expect the GZE igniter
to have IGd alternating between ON and OFF in a simple regular square wave pattern. 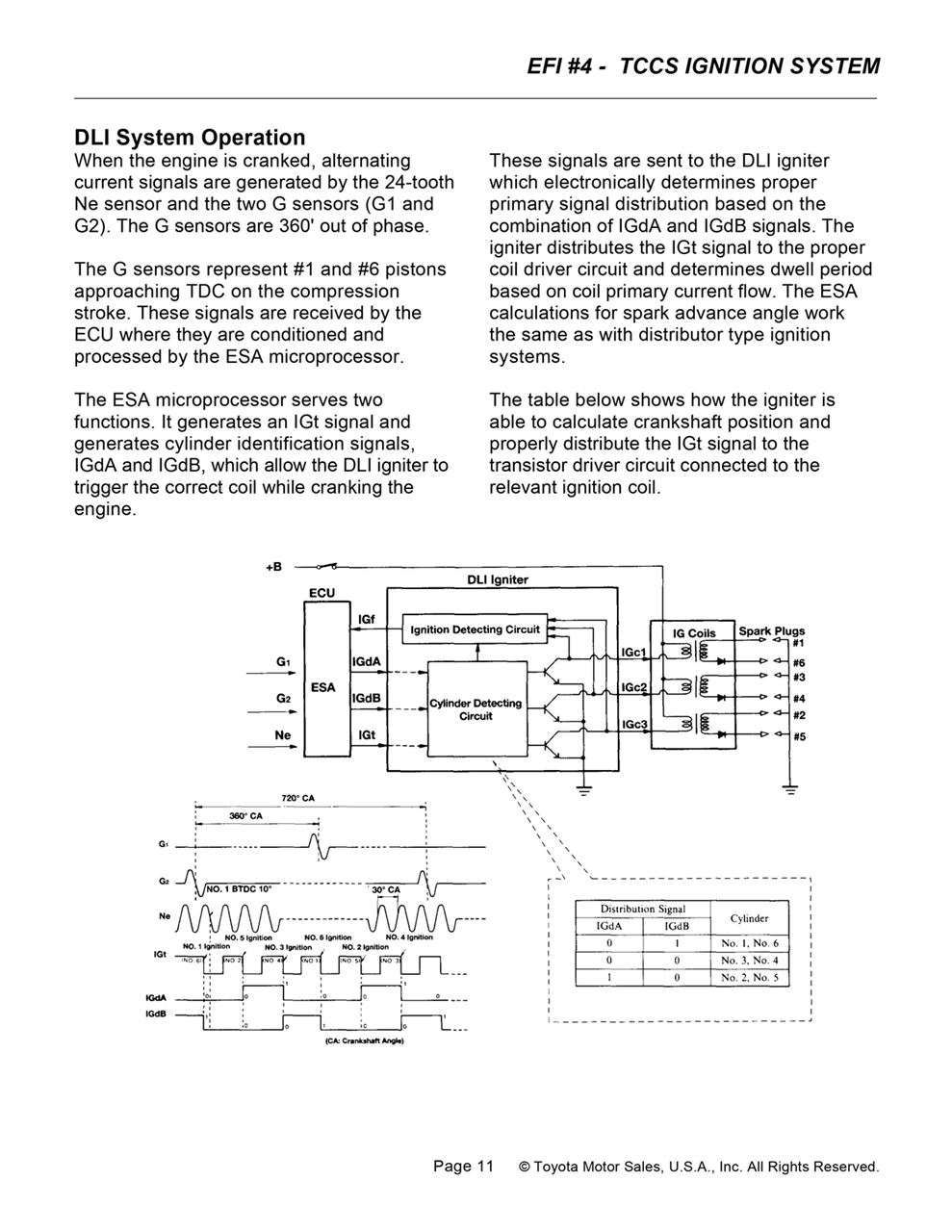 Not sure how the current to ground for a 2-pole coil compares with two single pole coils. You
might have to check if the igniter gets hot if you run this setup.

Great thank you Jondee.
On a 4 cylinder engine the distributor sensors represent cylinder 1 and 4 l guess.
This might be easier to go wasted spark with a coil pack as opposed to coil on plug.
Top

The only reason your ECU would have the IGd output is to enable it to run the GZE DLI
ignition system. Other manufacturers from that era (Subaru, Mitsubishi etc) used an ECU
that provided two ignition outputs, a two channel igniter and coilpacks for wasted spark.
This was a packaging driven development rather than a performance one. The idea was
to replace mechanical components with electronic ones make and better use of the vast
improvements in ECU control and monitoring abilities.

So ignition went from a simple and reliable sequential distributor and robust single coil
systems to wasted spark with multiple coils and eliminated the distributor. Separate cam
angle and crank angle sensors were added to replace the distributor sensors. From a
performance point of view there was no gain from going to wasted spark, other than a
very small improvement in spark scatter by eliminating mechanical play in the distributor
drive.

As you can in the pic I used a GZE CAS, a Subaru two channel igniter
and GZE coilpacks. 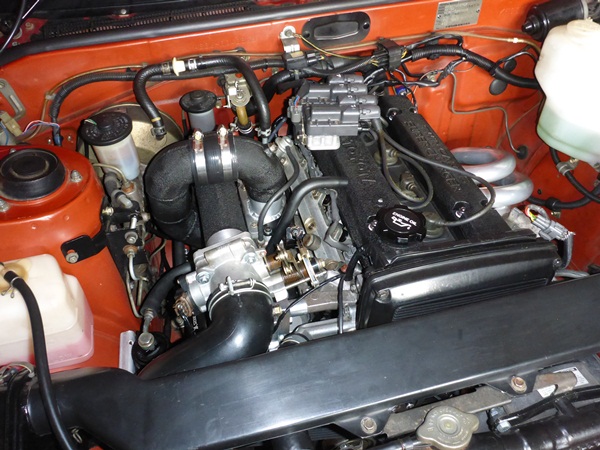 This worked well but the HT wires were a bit messy, so eventually when I got an ECU with
four ignition outputs I changed to COPs and full sequential ignition to tidy things up.

PS: From what I have read the 20valve into AE guys drive four COPs from a single IGt signal
(batch fired) and it works

Well, you make a very good argument for keeping the distributor!
It seems a bit archaic but mine has always worked reliably and efficiently, as stated it is sequential too.
This might just be a case of 'just because you can, doesn't really mean you should'
Best l find someone who sells distributor caps then...
Thanks as always.
Top
Post Reply
5 posts • Page 1 of 1