by Polaris_07
I recently got my hands on a 4A-GZE motor, and after doing some research I noticed that these are very popular options to turbo for high hp figures on 4A engines. Because of this, I started wondering if there were any significant differences in the 16 valve 4A-GE engines to the 4A-GZE that would stop you from converting a 4A-GZE into a 4A-GE

The main things I'm considering are
-removing the supercharger
-shaving the head for higher compression numbers (10.5:1) (Would stock GZE internals be able to handle that? I've seen some pretty mean turbo set ups but I have yet to see anything done like this)
-using larger 16v cams (288 to 304°)
-ITB's or sidedraft carbs (I'm bit of a Kitami Jun, I dislike EFI)

Would there be anything worth noting about the 4A-GZE that would stop me from doing this, or is an original bigport/smallport 4A-GE the only way to go when looking at a build like this? I did my best to look through these forums about any documentation on this kind of setup on a GZE but I have yet to find anything. On the assumption I do find anything I will gladly delete this post to avoid cluttering the forums.

Thank you to anyone who has taken the time out of their day to read all of this.

by davew7
Your plan sounds like a reasonable build. The only thing not mentioned was your ignition system. You will need a stand alone ignition system that will handle higher revs then a stock big port ECU. You will just need a few $$$ for your budget. davew7

by oldeskewltoy
the only significant difference between a 1988 4AGE, and a 1988 4AGZE are the pistons. Both use essentially the same block, and crank, and connecting rods.

While the above is accurate, if you compare a 1986 4AGE to a 1988 4AGZE, then EVERYTHING is different.... block, crank, rods, pistons are all different.

As to raising compression, the best way to do it is a piston swap. The 4AGZE pistons are very low - no amount of head shaving will get the USDM 4AGZE up to 10.5:1. You have options here, you can use Toyota, or aftermarket replacement 10.3:1 pistons (they fit the 4AGZE rods), or there are aftermarket performance options out there. If you want to run 288 cams, you want to run at least 11.5:1 for a static compression ratio.

If you are going to run carbs, that is fine, but I would strongly recommend you run an ignition system based on a crank sensor, and not "jury-rig" a distributor. There are 2 reasons, the first is more accurate once set and tuned, 2nd is w/o distributor you have more header options without worrying about melting the distributor cap.

by jinx
cluttering the forum ? Dude, its a graveyard

as far as potential: pulleyed stock GZE with bolt-ons have taken street AE86s as low as 13.7sec 1/4 mile ET
That's hella quick for a supercharged puny 1.6L that actually has a 'broad' torque curve
A cam'd n.a build will be nowhere as fun to drive(due to narrower peaky tq) or ET anywhere close

GZE to GE is swimming against the tide. Waste of good hardware imo

if u must go that route, sell or exchange all the ZE stuff I guess

by Polaris_07
Thanks so much for all of your replies!

The main reason I'm doing this build is because the gze I got my hands on is just the block and cylinder head, everything else on it was for a 4age, and I've never really been into forced induction so I don't want to spend all the money to get all the gze bolt ons (sc12 supercharger, intake manifold, pulleys, etc.) I got this engine for pennies and I'm trying to stick to whats cheap and what I know. It passed compression tests and has no internal leaks.

TL:DR
Basically the motor I got is some GE/GZE frankenmotor that someone tried to get working in an aw11 but couldn't figure out the wiring, I'm going carb'd na to try and eliminate most of those issues and then get it running in my 86. This was the best 16v motor I could get my hands on for the lowest price, and I don't want to make a money pit out of my 4A-C, as I've heard its not worth pouring cash into.

thanks again so much for all of your help!

by sirdeuce
Trade the GZE for a GE and start from there. In the area you are looking to build to "cheap" means early engine failure. You wouldn't have to remove as much from the head and using a thin MLS gasket would reduce the necessary machine work further. With cams in the "288-304" range you would most likely be pushing your engine speed above 9000 rpm so attention to the oil pump would be in the works. Rev limiter would be cheap insurance.
I'd say put a bit more into your build, at least pistons and balancing, the 4AGE is quite capable with the stock internal parts.
If you currently have the 4AC your exhaust will need attention as the 4AG will pump more air than the AC. Doesn't matter what you do to the engine if the exhaust cancels all that work.

As for pistons. If you want to do this on the cheap, go to the "for sale" section and post a "want to buy" and ask for high comp pistons, 10.5 to 1 compression. And then get an MLS gasket 1mm thick and don't mill the head. I know I have a set of .5mm oversize pistons in one of my boxes that need rings. Not that I'm offering, but others have some as well.

by jinx
toyota did a hella good job putting the motors together. I never disturb that unless some failure.
Once u loosen rod bolts, hone cyliders, etc.... u degrade imo.

high duration cams likely require buckets and valvesprings. All that stuff is expensive, so there goes 'cheap'.

slapping on sidedraft carbs is a shot in the dark at best. Get ready for noisy, thirsty, lazy
Webers need knowledge, part$$$ & time to 'tune'. Mikunis ? Waste of time
Hack on bike carbs, hope for the best? Same deal
Then there is ignition/curve
Without fuel & ignition dialed in, car will be a slug. Tuned, might barely outpace a stock GTS

Folks have supercharged and turbo the 4AC
1st I followed on rollaclub years ago ran a drawthru SU carb & tiny turbo with boost wound up
Lit up 3rd gear on dry road, ET 14.7 quarter mile. That's rippin. 4AC stock ET is like what.... hi 18s ?
and keep in mind, thats a crude system on a bone stock 4AC. Electronic injection + tuned ignition will surpass that
So yeah, the 4AC has potential, once u got the skills to modify it

Boost will always be your best bang for the buck imo

by Polaris_07
Perhaps I should have said this at the onset, high duration cams and high compression was more of a "late game" idea, first and foremost I want to get the 16v running and driving in my car. I'm not just putting on parts and expecting everything to just work here, I know there's going to be a lot of blood, sweat, $$$, and tears involved in all of this (as with pretty much any project car). Admittedly, I probably am aiming too high with that range of cams, but that's why I haven't actually gone out and bought them yet. Half of this thread is me just spitballing ideas out there to see if what I'm planning isn't completely stupid.

to be perfectly honest, this is the first time I've ever heard ANYONE recommend tuning the 4AC over a 4AGE/GZE that I already have sitting in the corner of my garage in the first place.

TL;DR
Things I've learned
-hold off on high duration cams until everything else is built (oil sump, buckets, valve springs, etc.) ((definitely going to hold off on this))
-Don't be stupid, dont shave the head
-be prepared to spend a lot of time tuning whatever carb choice I go with (already was but ok)
-invest in a standalone ignition system
-invest in higher compression pistons & head gasket
-get a better exhaust system so the GZE/GE can breathe better

Thanks everyone once again for all your advice, I really appreciate it!

by jinx
not recommending anything perse. Get more infomation, draw your own conclusions. A plan is most wise.

the 4AG route u proposed, will cost a pretty penny
Drawthru turbo 4AC mentioned has like 4 components(zero internals), and won't leave it by car lenghths.... bus lengths
only to make an analogy

Mod for mod, a 4AG will spank a 4AC. Obviously

by Polaris_07
Hate to revive this dead thread, but I figured that in case anyone here is interested I thought I'd document my progress on this build

For starters, unfortunately my 4ac blew up on the highway about a month ago, which is the driving force to why the 4agze isn't just gathering dust in my garage still. As of right now the 4agze is sitting in the car and im just finishing up the wiring for the first start.

Here's the current list of things I've done with the motor:

DanST intake manifold (great customer service HIGHLY recommend them)
T3 injector plugs
Keihin 37mm CVK carburetors
NodizPro standalone ignition ECU
what looks like a T3 crank pulley and trigger wheel, wired into a ford cps and coil packs (the cps and pulley were already on the motor when I bought it, so I can't say for certain what they are)
TRD headgasket
4ac water pump and lines save for the outlet on the top of the motor

Everything seems to be going well so far, aside from my half-burned 4ac engine harness being shoddily "restored" by myself. Wish me luck on getting the first start within the next week or so, and thanks for all your help from when this just an idea! 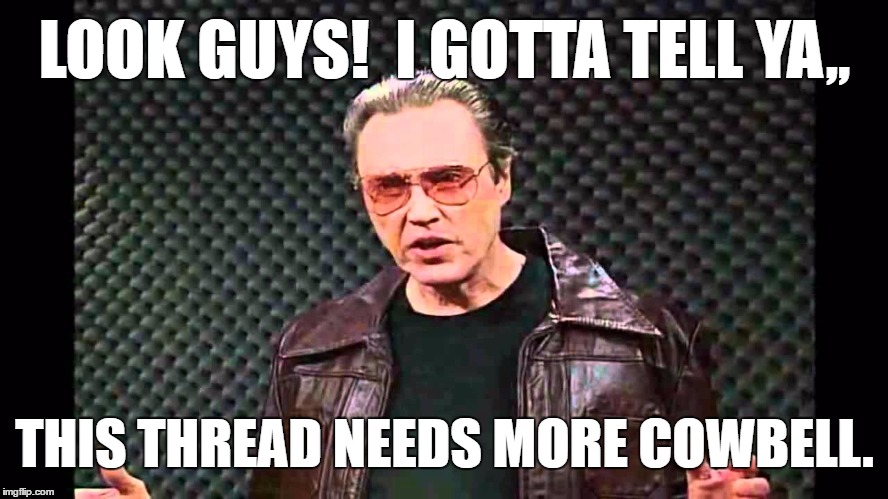 by oldeskewltoy
got any pics?? would like to see the intake...