Every once in a while, I take some time off to go chat with some of the rare sorts of car enthusiasts I have come to know in my life.

Yesterday was one such occasion. He's local to the Los Angeles' car enthusiasts world, well established business owner, and well-known to the folks who are connected as Purists these days. But our relationship goes well before that, when he was a struggling salesman in the early 90's, and that was when I was just starting on my adventures as a AE86 owner as Club4AG was born. Often did we meet randomly in then-quiet canyon roads, or on a weed-infested, old track surface of Willow Springs Raceway before the re-paving.
That man is Sean Lee, and today was his treat to me.  Yeah, I’m the lucky guy.

Well, he still owns a neat AE86 which he loves, as well as a daily driver Scion FR-S.  He has even, in his fleet, all three generations of Porsche 911 GT3, the rare GT3RS, a Bentley Conti, Honda NSX, a R35 GTR, Mercedes Benz CLK Black Series, and even a Smart 4Two...

But last week, he called me about a very special car that even AE86 lovers could relate to in its character.
I've known that he's possessed this car since a few years ago, but he finally got around to replacing bushings, sorting minor electronics, and plugging up the leaky stuff that's all so common on these cars with age.

He cordially invited me for a chance to drive and ride, and today, with all things in perfectly running order, and reconditioned.

It's indeed, the fine car I was waiting all these years for him to get perfectly running.

This is the 1988 BMW M3, known to many as the "Original M3" with the notorious E30 designation.  I’ll leave out the details on the particulars of this fine automobile, as that can easily Googled for ignorant, or young people who don’t know about it.
Not only that but this is a fine showroom example with only 46,000 miles on clock, and stored out of the sun most of it's life... There is a history of this car before Sean bought it, but that is a story for another day.
The car in short, is minty new-condition specimen, with the familiar smell of the original BMW leather upholstery smell.  Yeah, any classic BMW fan would know the scent I am writing about!
Perfectly soft dashboard padding, plastics still resilient and shiny, and all the dots in the MID box overhead, glowing at key twist in the 1980’s LED colors of orange and red…
The shifter is still precise, and engine as smooth and silky as the day it left the factory.   Even the engine bay had all its plastic bits, and noise-blankets intact without stains or tears.
He did change the wheels to something modern, not for the Stance crap update, but to save the original BBS from damage on the totally crappy roads of Los Angeles area.   That's the best excuse ever, really, to have something else as shoes for this car.

Upon arriving at his small warehouse of treasured cars, the M3 was parked, washed, and ready.
I couldn’t really get the smile off my face, and so too, the car also seemed game to have us go at it.
Something, if I had to make an analogy, would be like an enthusiastic dog, before a routine daily walk.

So we lock up the warehouse, and get ready, right…
The engine springs to life.  The shifter rocks gently as the flywheel starts to rock the engine assembly with inertia of the flat-plane crank inline 4 cylinder.  The high lift cams waking up to the cold, sloppy mix of gas and fuel, occasionally coughing like an authentic race car.
The muffler not making a tingle of burned rusty noise, and burbling as firmly as a brand new BMW; the VDO water temp climbed a tick after a few minutes of warm-up conversation with Sean.
Pushing the generic 80’s rocker switch in the ceiling raked open the sunroof.
Wow, a 30 year old BMW with fully smoothly working roof, and not a speck of rust on the rails or the roof indent!!

We click the lever into reverse, back out of the driveway, and I am immediately soaked in the unmistakable buzz of a E30 M3 “S14-series1” engine.  A BMW engine that shook the world of touring car racing…
But if you think this is like today’s hot-rod monster “M” engine, you are quite wrong… so read on.

The engine is actually gutless below 3000rpm, as it’s only 2000 cc's.  But the wild cam profile and short stroke, is what gives this engine, the character and enthusiasm that only select drivers can really jam with.
The breathing really starts to synchronize to the intent, as we climb past 5000 rpm, and short final drive guarantees that you feel this quickly.
If you are the sort of driver that can work a close-ratio H pattern on a raceway with proficiency, it does reward you with noises and rawness of what the 80’s DTM driver’s all loved.
They diced in many aggressive, nose-bleeding, fender to fender racing, and more often than not, the M3 edged out the competition in its days.
So yeah, putting this up there in the sky-high ranges of revs-per-minute, this engine roars to life and won't quit till you stop messing with clutch pedals and stick shifter, as you jerk off on the steering wheel in sheer excitation.

The steering wheel is heavy, despite the tiny power assist, and that is all correct, as this E30 M3 is not an ordinary animal.   This car has a special “M specific” front sub-frame and links with massive dose of caster built in for DTM racing use…  The wheel is big for a race car, and steering rack is slow.  Maybe it was intentional so people won't flick this car into the side of the road with such razor sharp chassis response.   It does make a workout though, when you are pointing at every apex, and the car wants to do the salsa getting to each one.
That is the nature of the original M3, an homologation race car for the road, and not an American marketing gig like today’s M cars.
It’s light and brutally responsive, and engine must be screaming to get it going.   This is why it fits the blood of AE86 lovers like us, but more on the godly, bench-marking level of awesomeness.   In fact, many AE86 owners are really, referencing this car and aiming their modifications to reach this level of refinement.  I knew from the 80’s I was…

Due to the pristine nature of this car, we didn’t abuse it on a raceway today and rightfully so.  This is a museum quality car that we can’t really dice with Hondas…
It is too rare today to do such a thing.
After an hour of driving, and putting these really smile-cringing miles on such low mileage example, we took it back to the garage for another day.
Needless to say, for 4 hours afterwards all we talked about was cars… and race cars, and sports cars…

What a magical day it was, and I really must thank Sean for the rare occasion with this beautiful car.
It’s been 15 years or so, since the last time I pressed the pedals of an E30 M3, and dearly god, it was such a treat.
It’s the sort of car, that really makes me wonder why today’s cars are so different…
And what could have possibly went wrong in the evolutionary priorities of the performance automobile, when we had such perfectly fine cars in the 1980’s.

*Four of the Photos of it paired with BMW 2002 provided by Garry Summers. 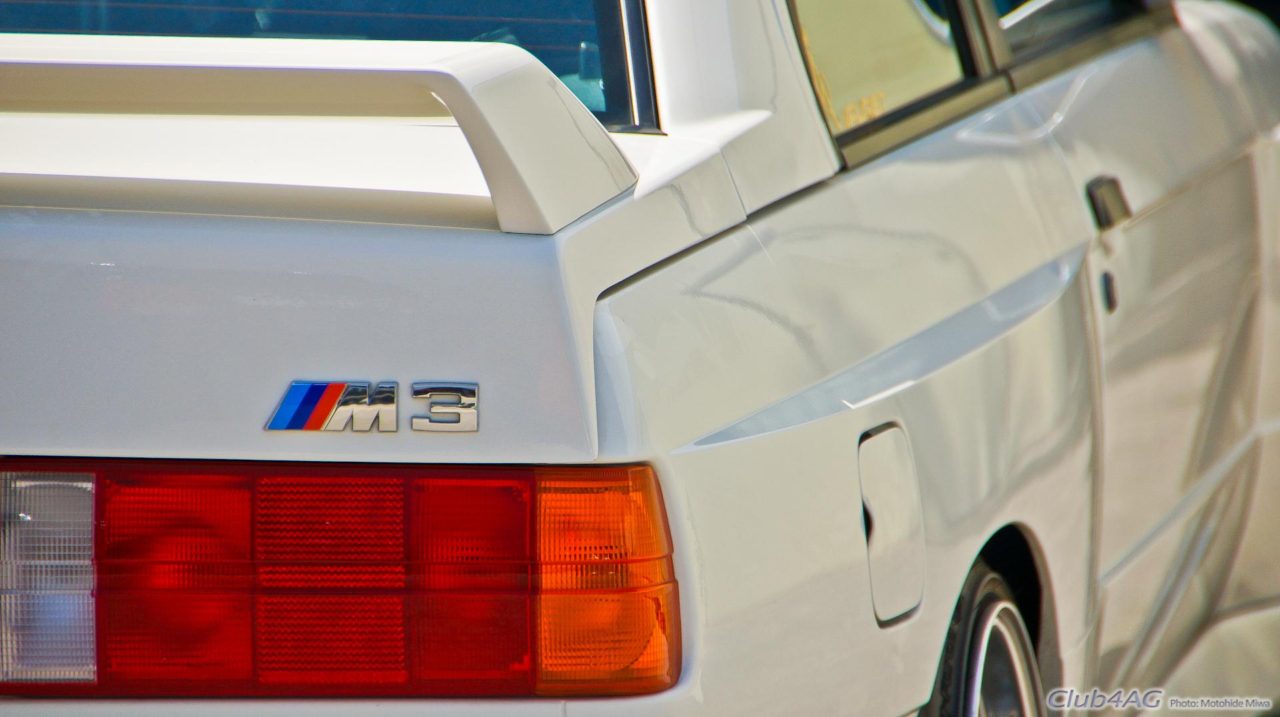 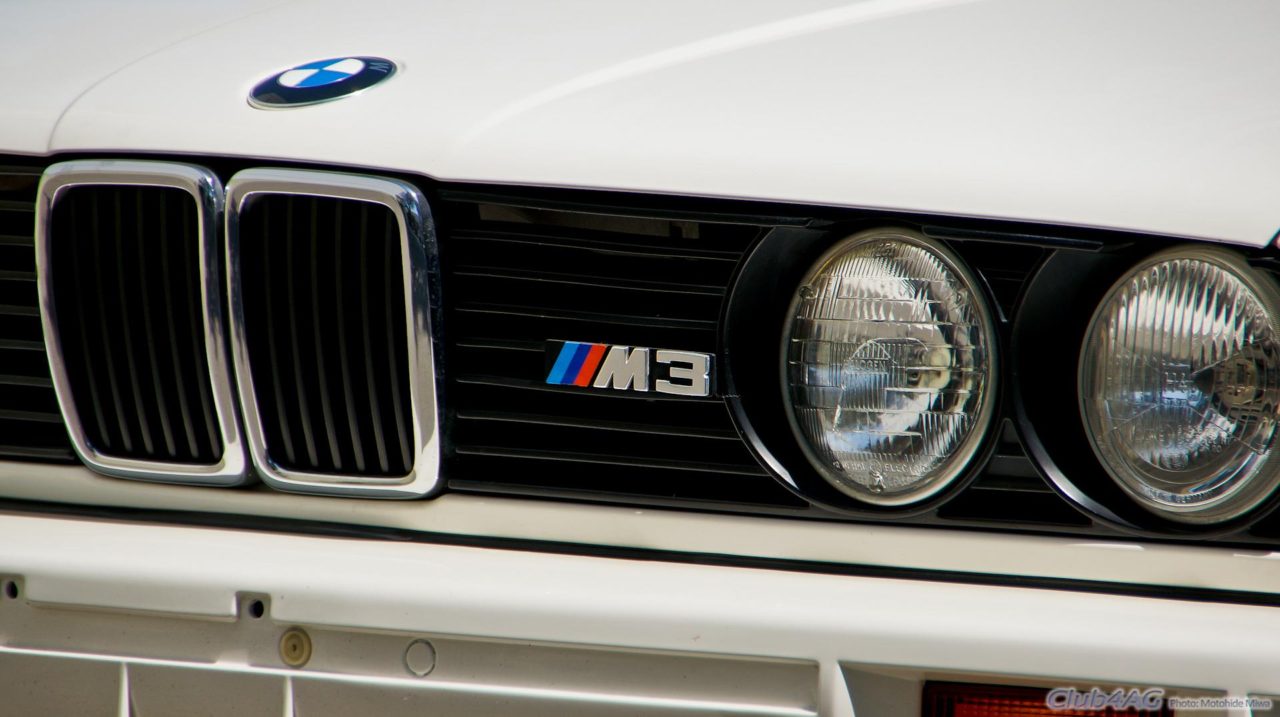 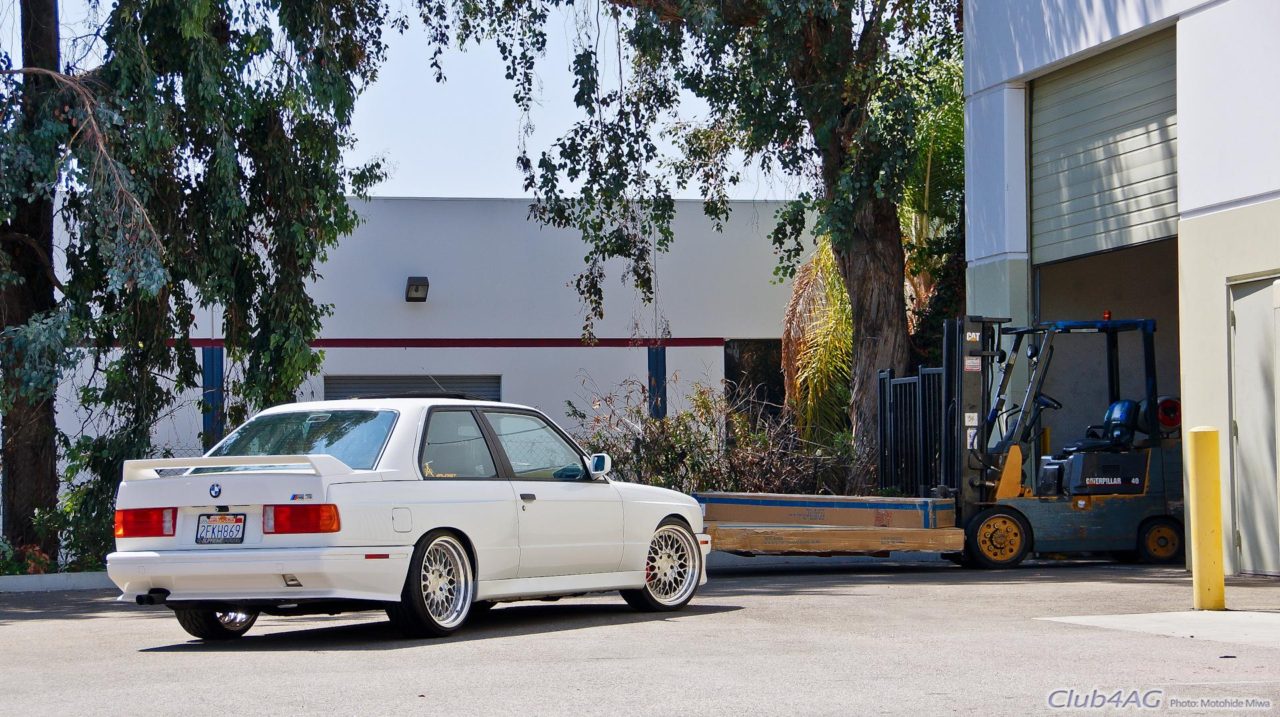 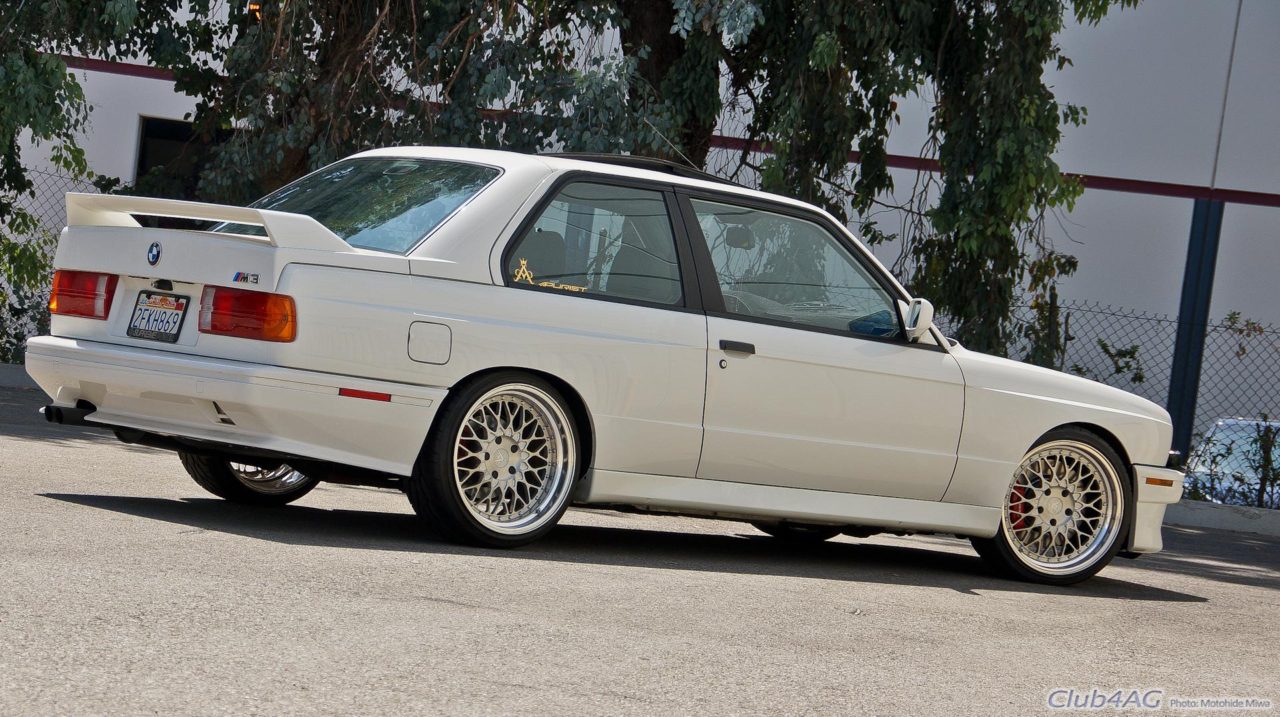 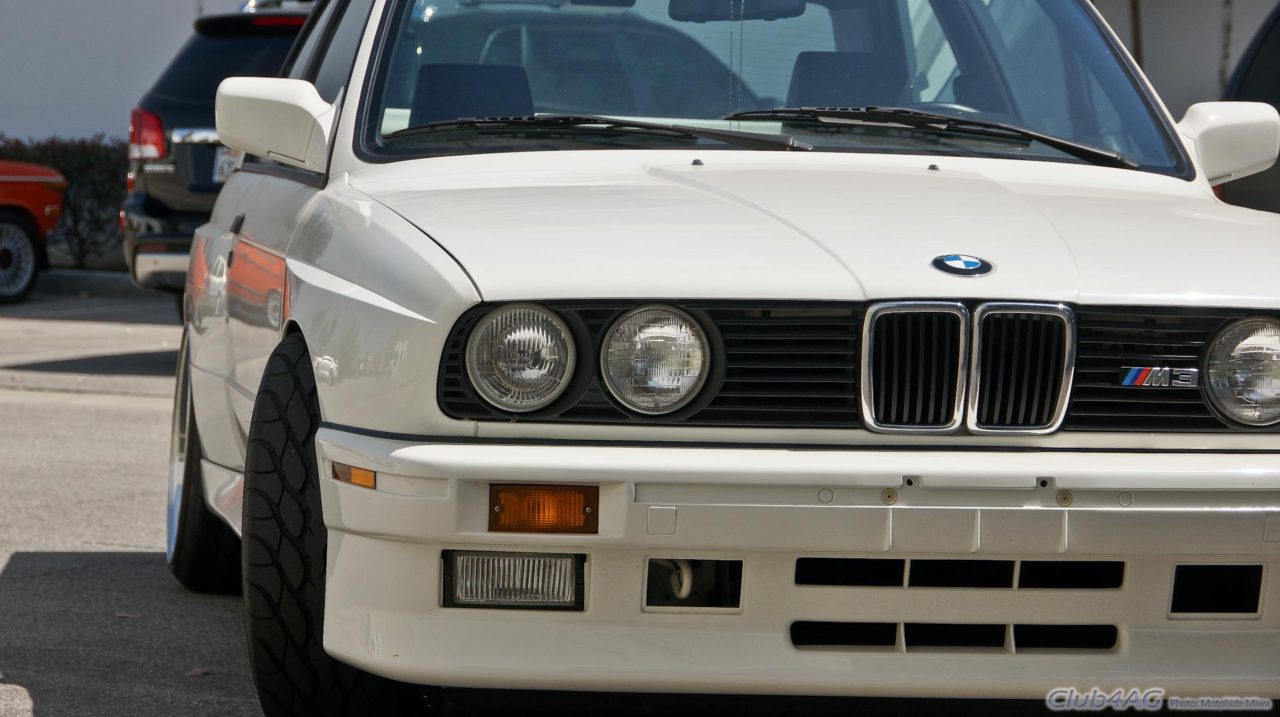 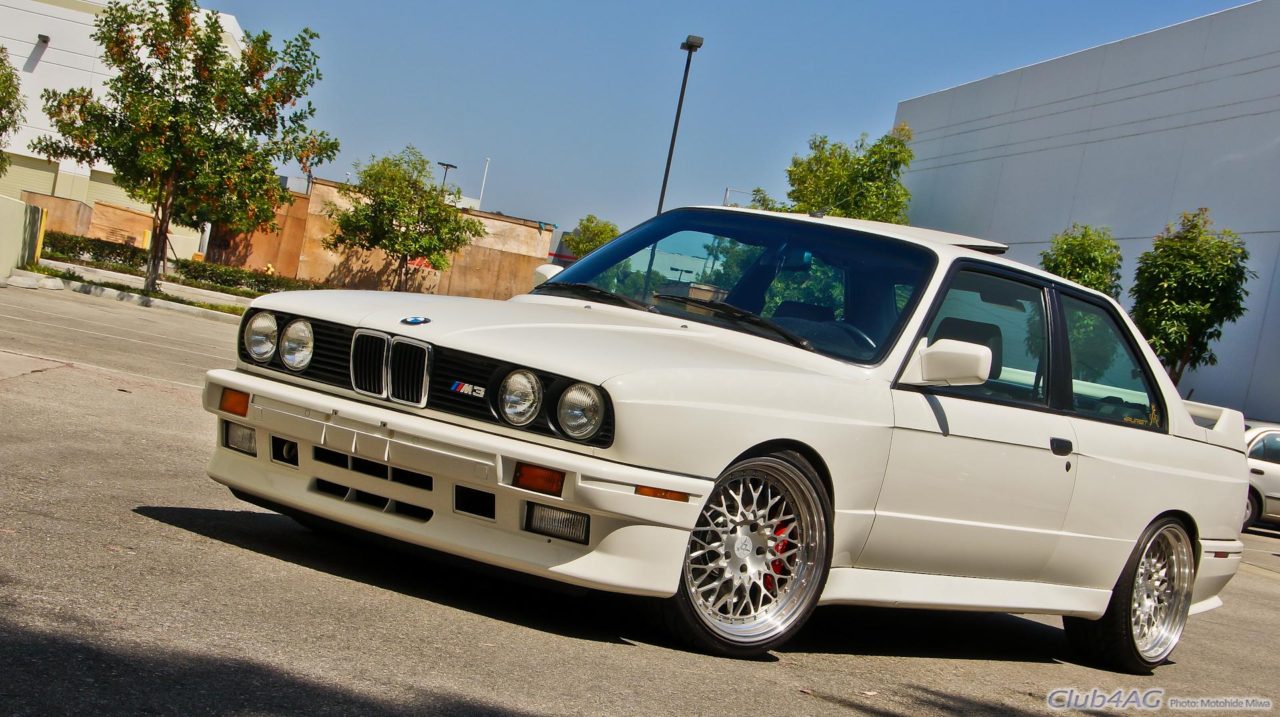 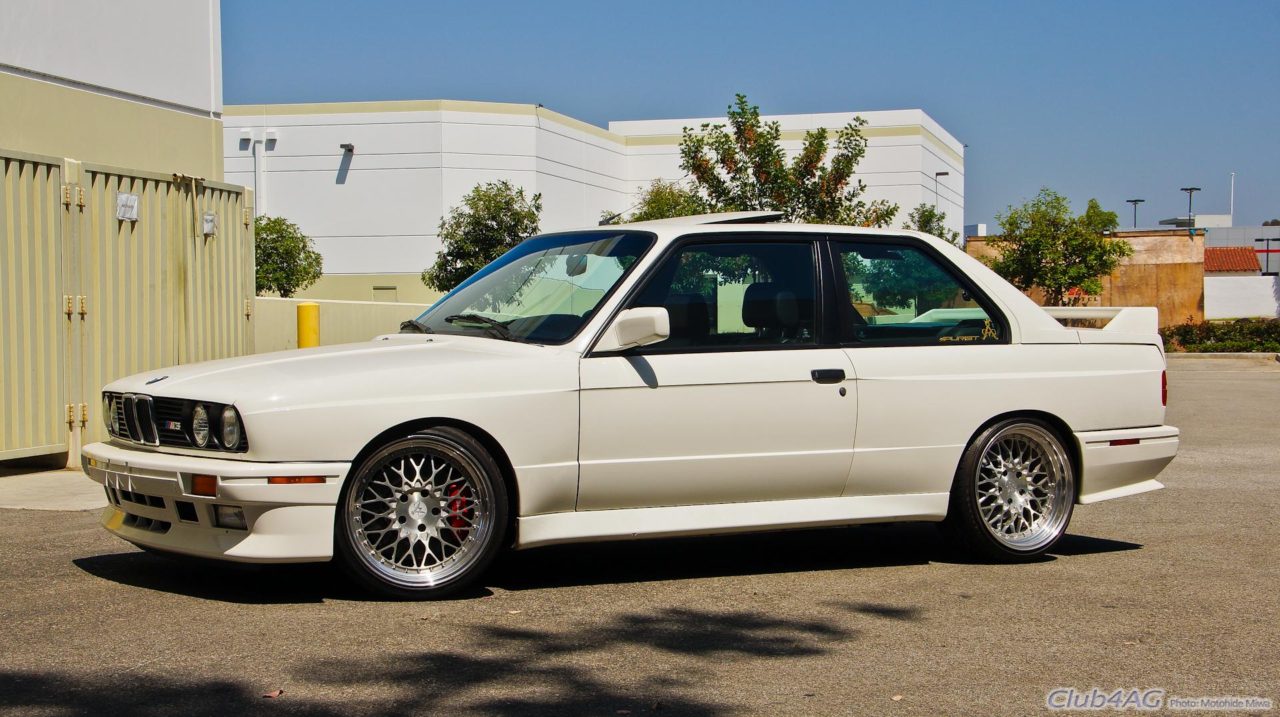 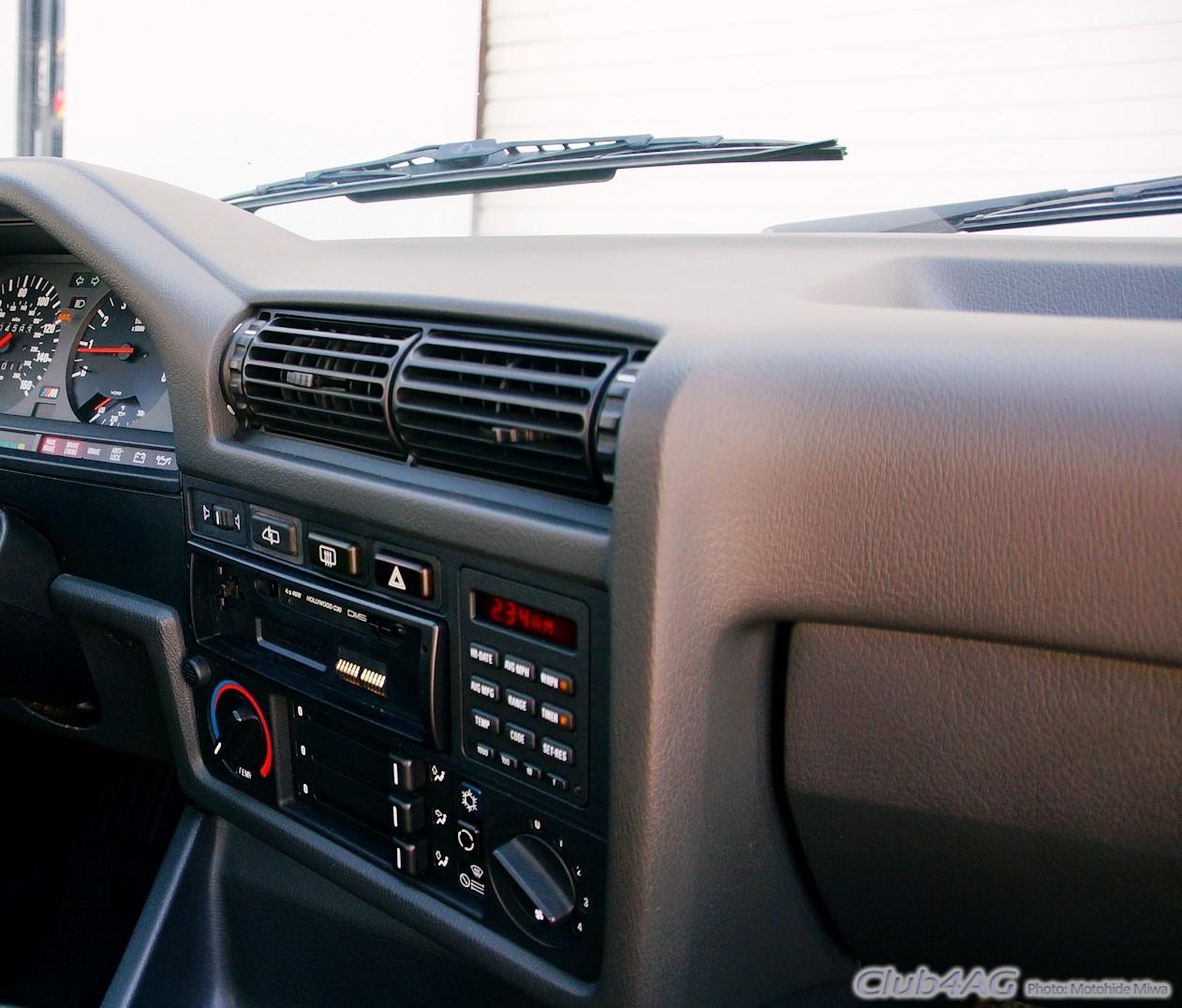 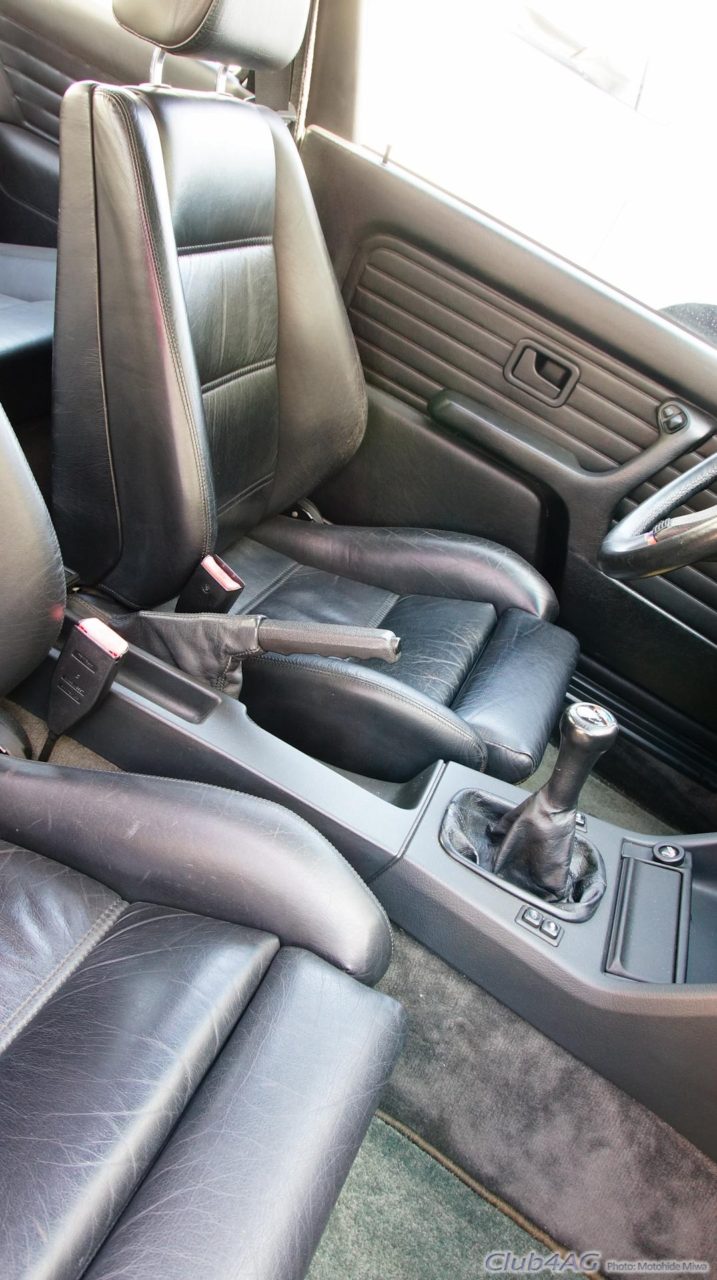 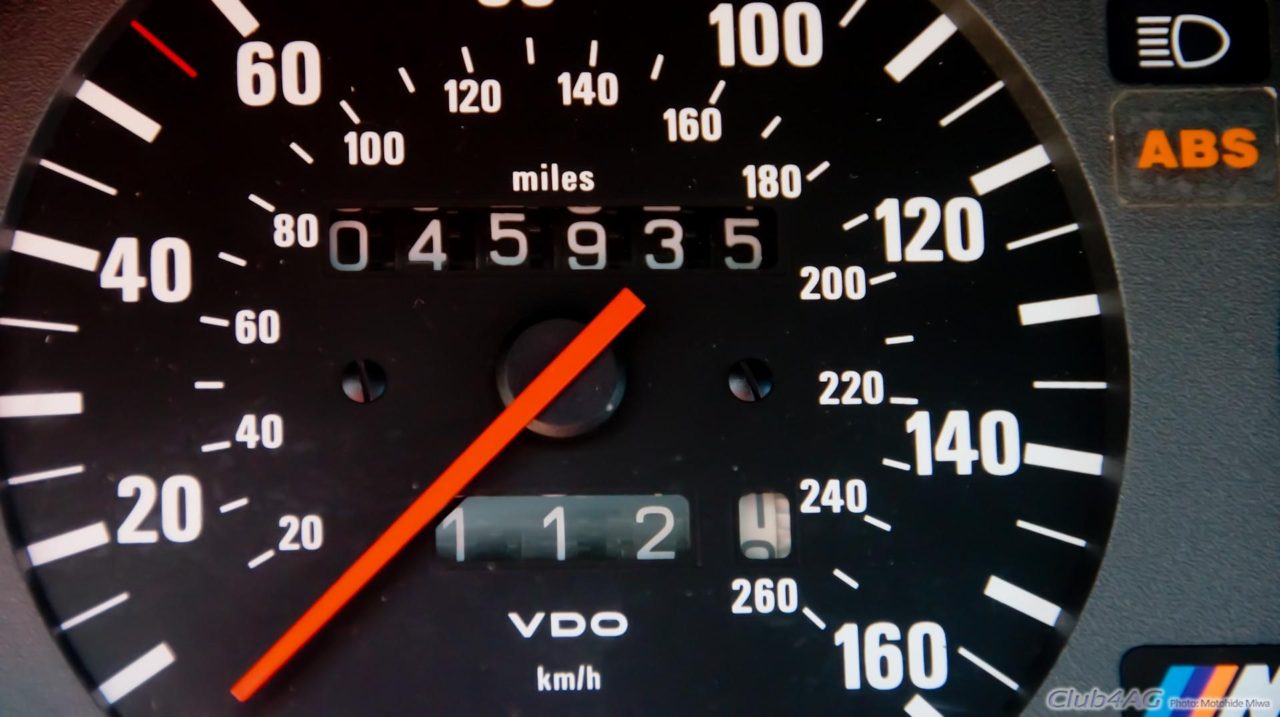 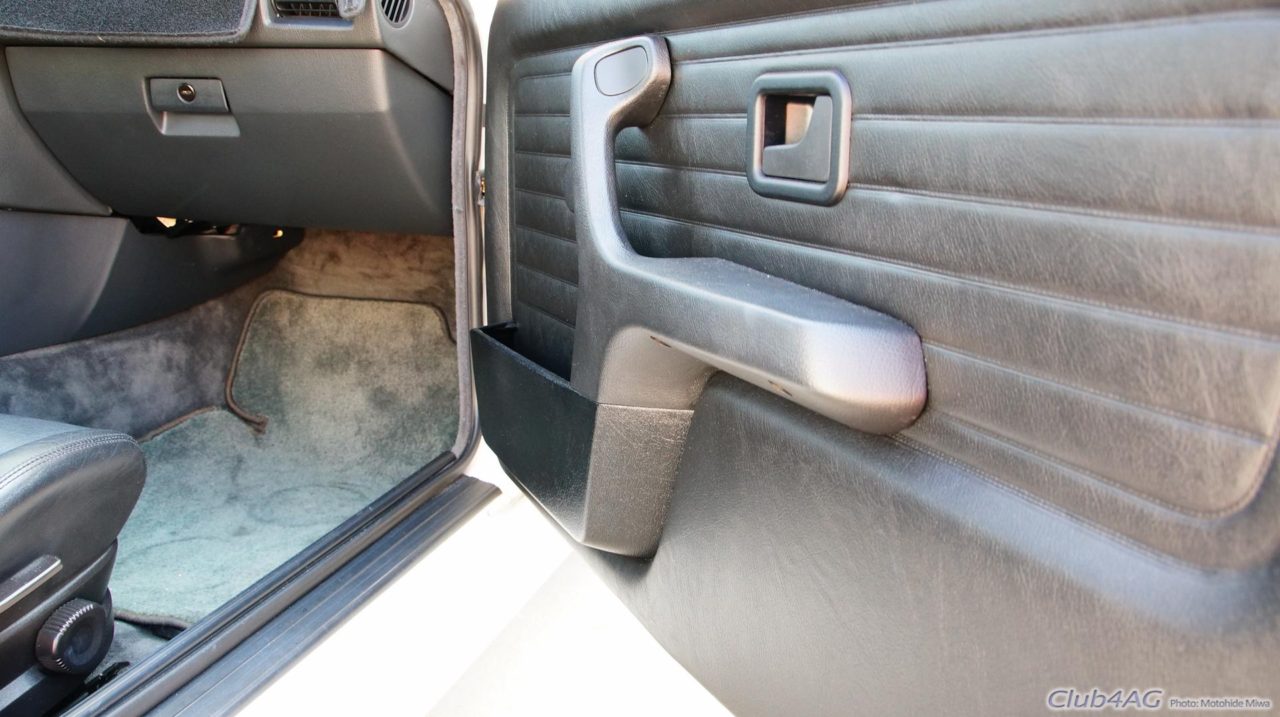 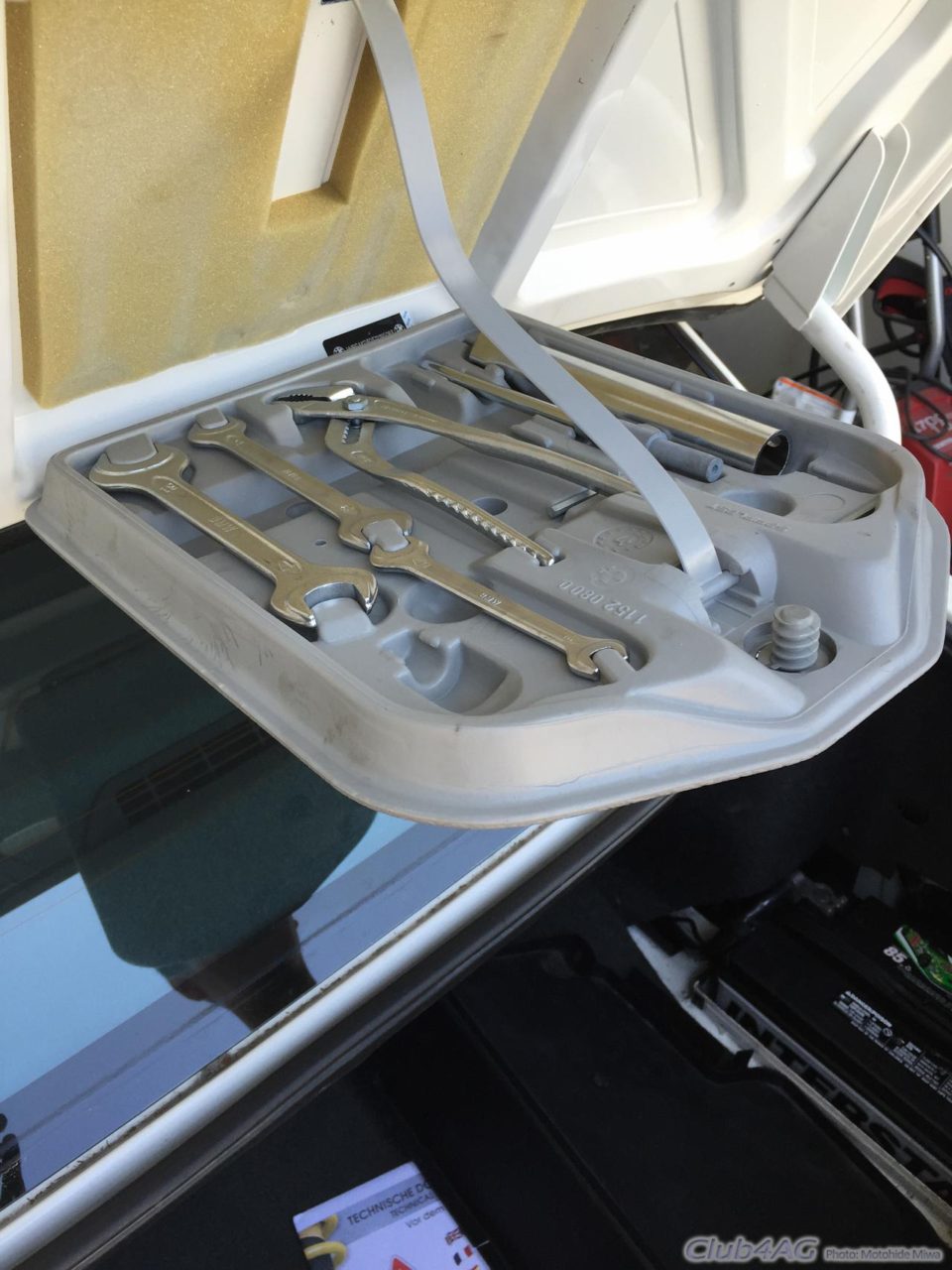 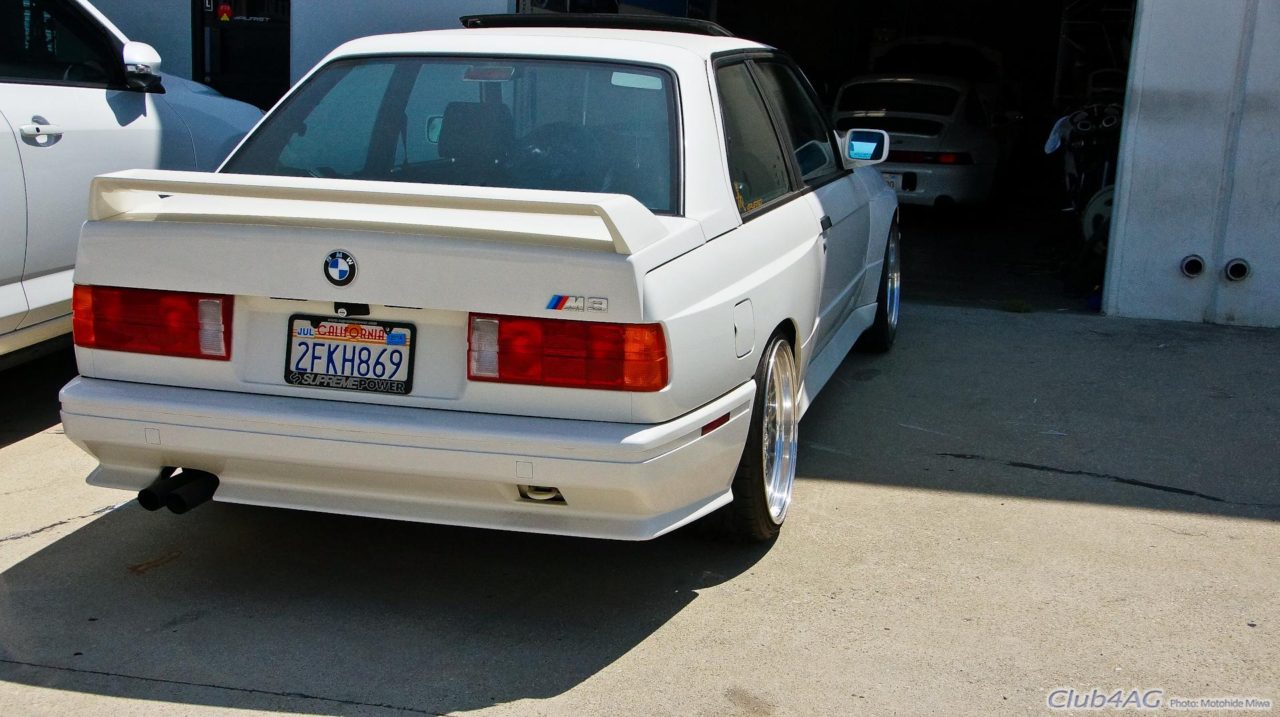 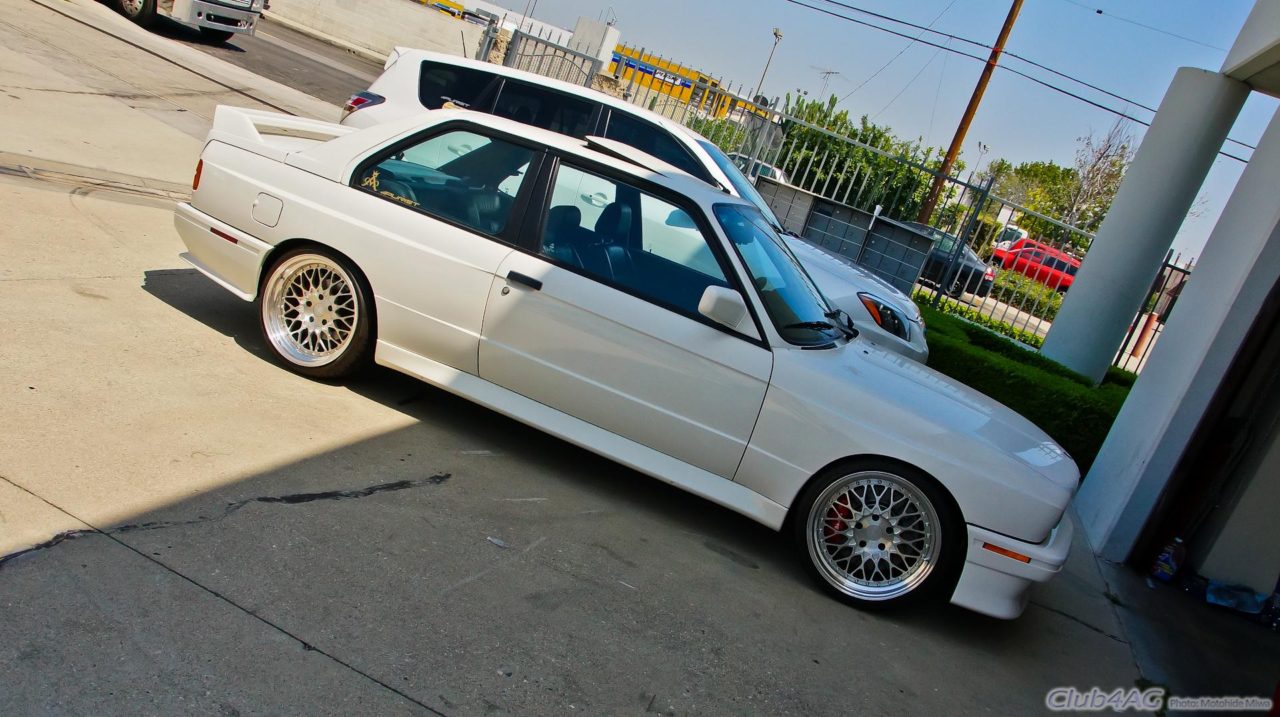 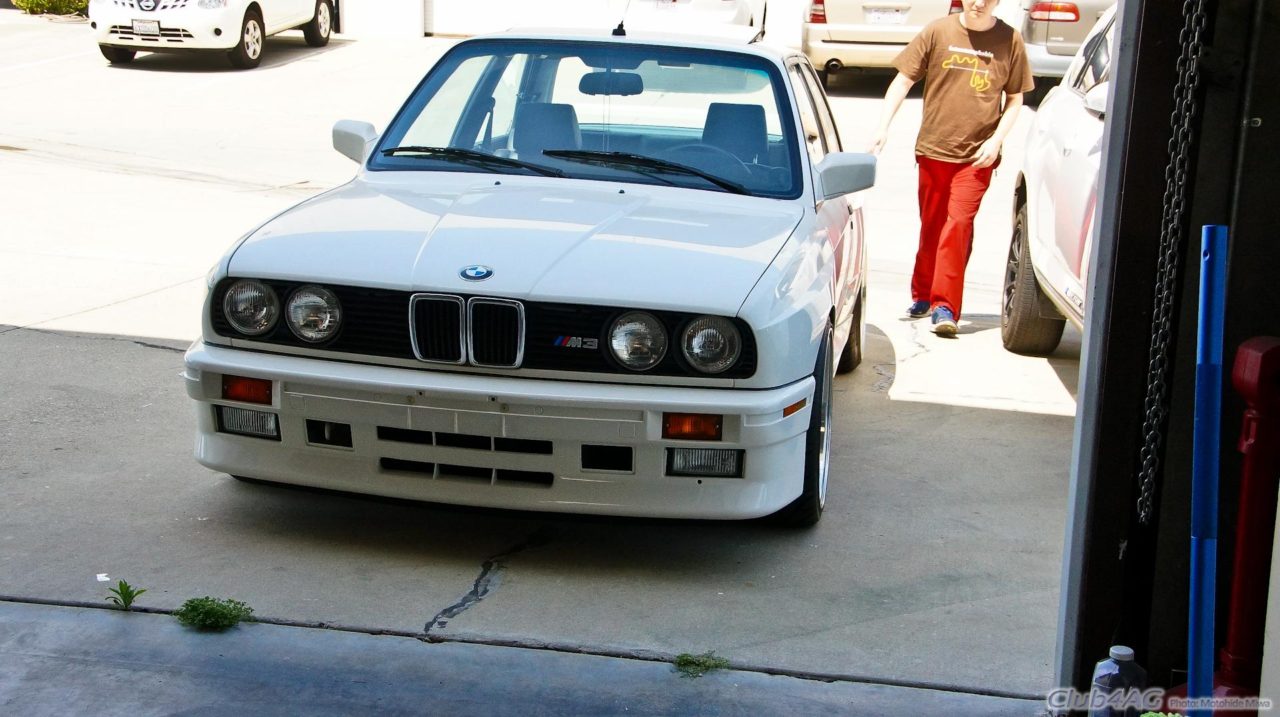